GRTgaz and Fluxys are willing to develop the first open-access, cross-border hydrogen transmission network between France and Belgium

This partnership between GRTgaz and Fluxys builds on the consultations conducted in France and Belgium in 2021-2022 to assess market players' hydrogen transmission needs. As such, the two gas transmission system operators have decided to launch a call for developing an open-access, cross-border network for the transmission of low-carbon hydrogen in Hainaut, more specifically between the areas of Valenciennes in France and Mons in Belgium.

Forming the first hydrogen infrastructure between Belgium and France, this network would span around 70 km and would help decarbonise this area, which is known for its strong shared industrial heritage. This project marks the first step in the development of interconnected networks transporting low-carbon hydrogen in Europe, as envisaged by the European Hydrogen Backbone initiative. 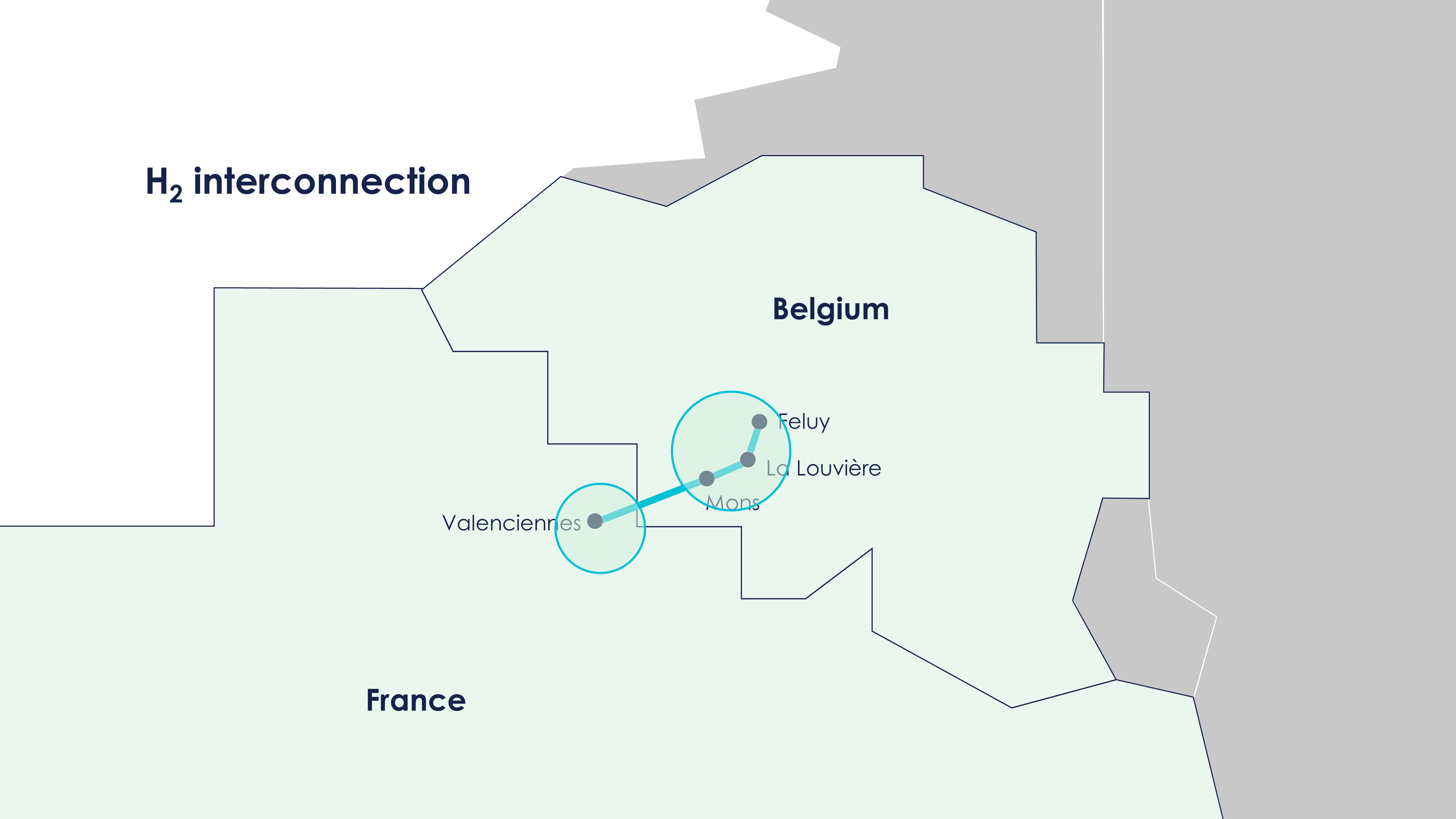 The project is intended to connect emerging low-carbon hydrogen production and consumption projects in this area and to foster the development of a cross-border, low-carbon hydrogen ecosystem that ensures security of supply, flexibility and local impetus through shared network infrastructure.

The first phase of the project comprises a market consultation to confirm the economic interest in establishing transmission infrastructure in the border region of Hainaut. This will make it possible to carry out initial technical studies.

After conducting initial hydrogen market consultations in France and Belgium in 2021-2022, during which the two companies spoke to market players about their transmission infrastructure needs, GRTgaz and Fluxys have identified the Valenciennes area in France and the greater Mons area, including La Louvière and Feluy in Belgium as a region showing considerable potential when it comes to hydrogen development.

Based on this finding, GRTgaz and Fluxys have decided to work together on a proposal for hydrogen transmission infrastructure via a cross-border pipeline.

A step towards a European hydrogen backbone

Given the challenges of the ecological transition, low-carbon hydrogen is emerging as a key energy carrier for achieving Europe's carbon neutrality targets by 2050.

The proposed infrastructure marks the first stage in the development of an integrated European transmission network. It is in line with the vision of the European Hydrogen Backbone promoted by some 30 gas transmission operators in Europe to ensure security of supply for hydrogen consumers and create a common European market.

"This new partnership with Fluxys will enable to further contribute to the construction of the European hydrogen backbone. In line with the territorial projects, we are already carrying out (mosaHYc, Rhyn, etc.), I am delighted to work with Fluxys on this joint cross-border project, which will help to promote the hydrogen ecosystem and give economic impetus to the Valenciennes cross-border region," says Thierry Trouvé, CEO of GRTgaz.

At Fluxys, we are doing everything we can to help the hydrogen market grow rapidly. The partnership with GRTgaz to create a cross-border network between Belgium and France fully dovetails with our overall approach to help build key decarbonisation infrastructure across Belgium and to neighbouring countries. By developing our infrastructure, we want to turn Belgium into an import and transmission hub within a European hydrogen backbone," says Pascal De Buck, CEO of Fluxys.