A boost for making long-distance road haulage more sustainable: a stone’s throw from the E42 motorway in Houdeng near La Louvière, Fluxys and haulier Mattheeuws have opened their second LNG fuelling station.

Trucks that run on LNG (liquefied natural gas) have far lower emissions of greenhouse gases and air pollutants. They emit 77% less particulate matter, 90% less nitrogen oxide (NOx) and up to 16% less CO2 than trucks running on diesel EURO6 and are much quieter too.


Number of LNG fuelling stations on the rise

Fluxys first teamed up with haulier Mattheeuws back in 2014, when they opened an LNG fuelling station in Veurne. At the time, it was the second such facility in Belgium. Thanks to the short waiting times experienced there, the Veurne fuelling station became a benchmark project for the sector. It also opened the door for other hauliers to switch over to LNG as an alternative to diesel. Since then, other players have become involved in expanding Belgium’s LNG refuelling infrastructure. The country is now home to 12 LNG filling stations, including the new facility in Houdeng.

As with the Veurne project, Fluxys provided the up-front investment for the Houdeng filling station and also managed its construction, while Mattheeuws is in charge of operations. Both fuelling stations are open to other hauliers too. 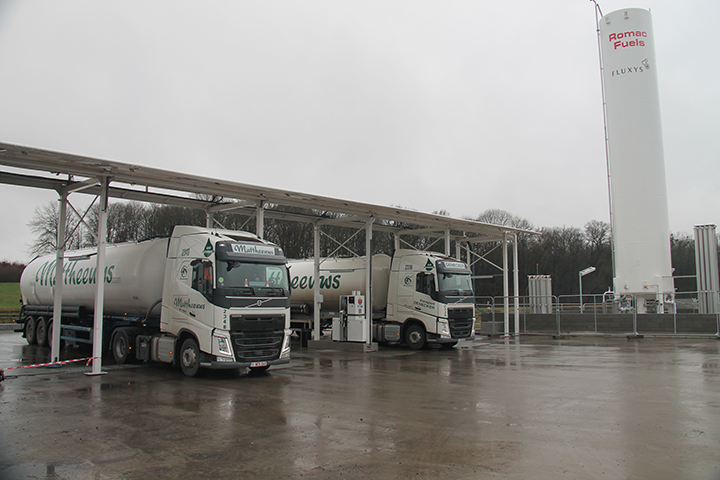