Not only is Switzerland home to world-class motorway and railway networks, but also to an excellent gas pipeline network: the Transitgas pipeline. This pipeline system, connecting Switzerland and Italy with northwestern Europe, is operated by Transitgas and managed by FluxSwiss, a Switzerland-based subsidiary of Fluxys Group, which owns most of the infrastructure capacity.

Commercially operated by FluxSwiss, the network was not only designed to transmit natural gas and bridge northern and southern European energy markets, but also to meet future energy demand. More specifically, the infrastructure was specially developed to be able to transport hydrogen and biogas as well. Just as our motorways can accommodate both diesel and hybrid/electric cars, so over the next few years we will see the flexible coexistence of green gases and fossil fuel gases emerge within our gas infrastructure, thus ensuring a smooth transition to a more sustainable energy system. 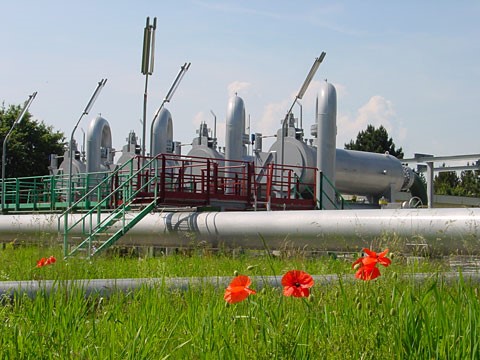 The EU’s hydrogen strategy has implications for the energy landscape of Europe and Switzerland, with hydrogen playing a key role in the integrated energy system of tomorrow.

Via its infrastructure, Switzerland is directly connected to the rapidly growing European hydrogen supply markets. Integrating the Swiss Transitgas pipeline into a European hydrogen backbone is a critical step in helping to build a carbon-neutral energy system and economy. Accommodating the switch to hydrogen will enable Switzerland to maintain its international role has a hub for gas flows, benefiting Swiss industry and consumers at large.