The Dunkerque LNG terminal will have an annual regasification capacity of 13 billion m3 of gas, which is sufficient to meet approximately 20 % of annual consumption in France and Belgium. It is the 2nd largest terminal in continental Europe. It is also the only terminal to be connected directly to 2 markets – France and Belgium – using 2 separate pipelines.

Apply for our vacancies online

Read all news in the overview 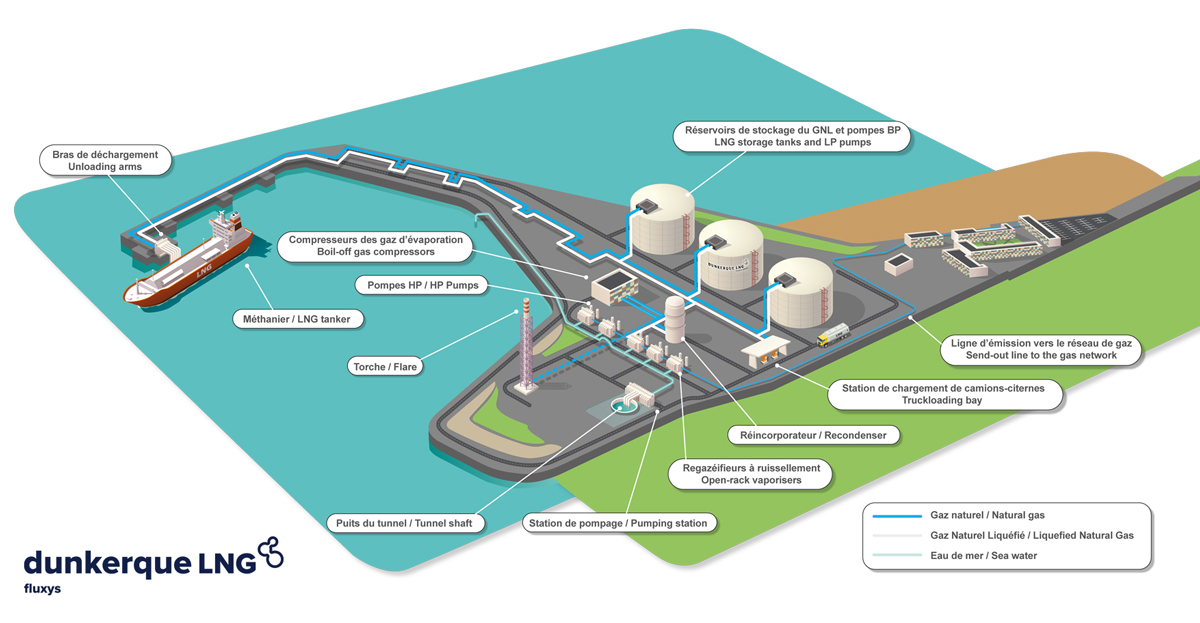 The terminal is operated by Gaz-Opale, a company 51% owned by Dunkerque LNG and 49% by Fluxys. The operator will therefore bring all its specialised operational and safety skills to the ongoing operation of the Dunkirk terminal.

Dunkerque LNG is the legal operator of the terminal.