The commercial development of the Hanseatic Energy Hub in Stade is progressing rapidly. Following the very positive reactions in the market to the non-binding expression of interest process in April 2022, the consortium around Fluxys, Dow, Partners Group (acting on behalf of its clients) and Buss Group is the first LNG project in Germany to invite international market participants to submit binding bids for terminal capacities from 16 June to 29 July 2022.

The total capacity of the zero-emission terminal is 13.3 billion cubic metres of natural gas per year (bcm/a) with a send-out capacity of 21.7 GWh/h. This corresponds to about 15 percent of Germany's gas demand. For long-term marketing, 12 bcm/a are available. The German regulator has recently taken account of the significant increase in LNG demand in Germany: BNetzA is lowering the feed-in tariffs at LNG terminals by 40 percent, thus significantly improving the competitiveness of direct access into the unified German gas market hub THE. 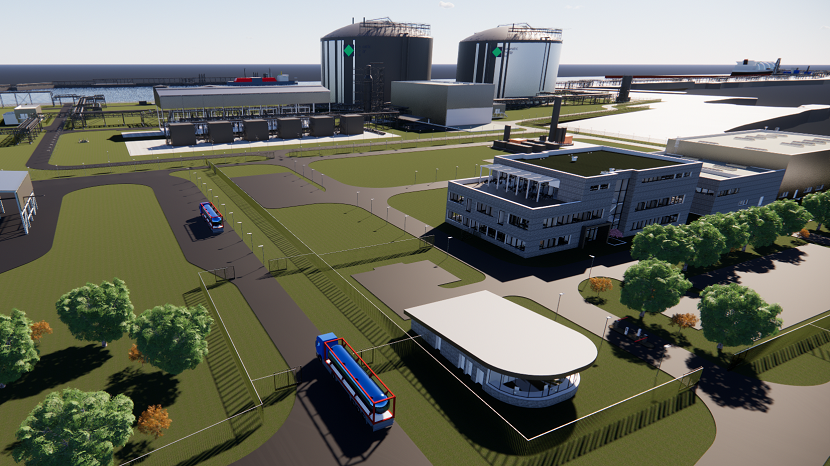 With the Binding Open Season, the Hanseatic Energy Hub reaches another key milestone after the submission of the approval documents for the terminal and port and enters a new project phase. Now that the main technical and commercial course has been set, the focus in future will be more on the operational development of the terminal including construction and preparations for operation. For this purpose, Fluxys will strengthen the HEH team with additional operational know-how.

"In recent weeks, numerous new LNG supply deals have been signed in the market. With the Binding Open Season, we are offering binding regasification options so that LNG volumes can actually reach the German market," says Johann Killinger, Managing Director and one of the shareholders of the Hanseatic Energy Hub. "In Stade, we are ready to strengthen the German energy supply with a future-flexible terminal from 2026 onwards."

The Hanseatic Energy Hub is initially designed for LNG and low-carbon energy sources such as bio-LNG and synthetic methane. As global supply grows, it will later be available to import hydrogen-based energy sources, such as ammonia. The location in the Stade industrial park is particularly characterised by the high synergies with Dow, the existing infrastructure and the strategically good position at a short distance from the German pipeline network. With the expansion of the existing industrial port, two jetties will enable the landing of tankers up to Q-Max size as well as bunker services in the future.

A data room has been set up for those interested in the Binding Open Season. To register, contact sales@hanseatic-energy-hub.de.