Creating this network has an estimated cost of €27 to €64 billion, which is relatively limited in the overall context of the European energy transition. The levelised cost is estimated to be between €0.09-0.17 per kg of hydrogen per 1000 km, allowing hydrogen to be transported cost-efficiently over long distances across Europe. The relatively wide range in the estimate is mainly due to uncertainties in (location dependent) compressor costs. 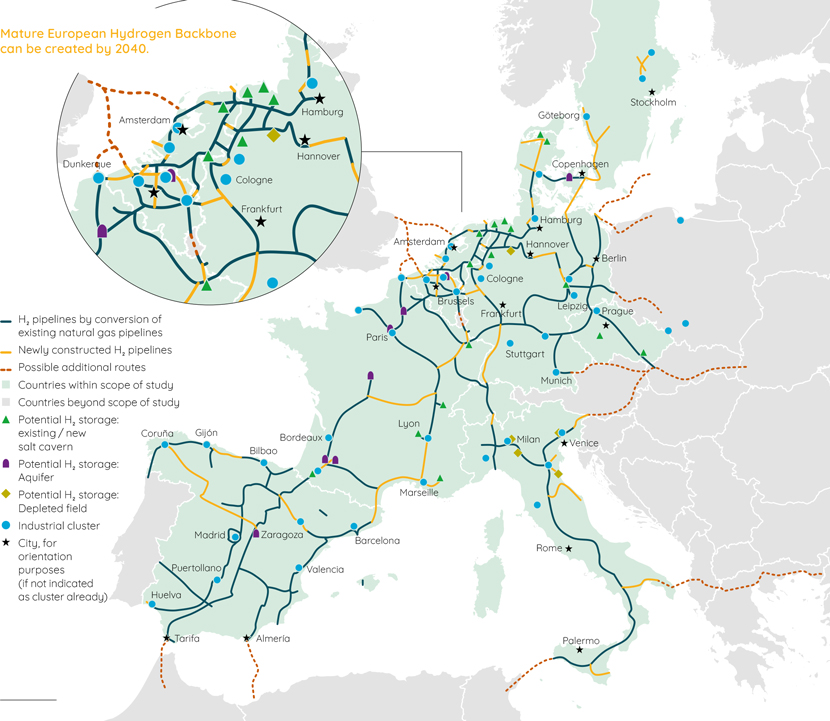 This announcement comes one week after the European Commission published its Hydrogen Strategy which highlights the need to create a dedicated hydrogen pipeline network.

“We are glad to see the European Commission’s ambitious strategy to scale up hydrogen, already starting in this decade, and we think our initiative can play an important role in facilitating this. A European Hydrogen Backbone provides the opportunity to make large potential EU hydrogen supplies available to various demand sectors emerging during the energy transition. It is essential for a future EU hydrogen market. We recognise that the hydrogen backbone must become a truly European undertaking with strong links going towards eastern Member States,” said Daniel Muthmann (OGE).