Fluxys wants to have its greenhouse gas emissions cut by 50% on 2017 levels by 2025. One of the means to achieve this goal is our teams in the field using mobile recompression units. 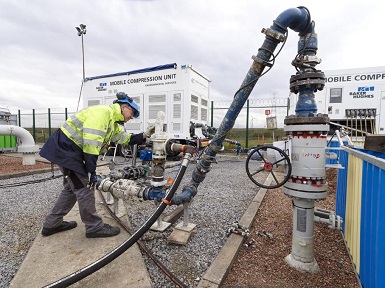 Recently Fluxys once again used mobile recompressors during maintenance work on the Loenhout-Lillo pipeline. As a result, the venting of nearly 100,000 cubic metres of natural gas into the atmosphere could be avoided, an emissions reduction of about 1,650 tonnes of CO2. The latter corresponds to the carbon output of a car driving 360 times around the world (115 g CO2/km).